Skeeter the fisherman has found a large stash of dynamite in his Uncle Cletus’s shed and has decided to use it for his new hobby of "blast fishing”, which involves using explosives to stun the fish in the lake for easy collection.

The local fish are not happy with Skeeters destructive new hobby and so Jacques le Shark, a rarely seen fish with the ability to blow giant bubbles has come out of retirement to deal with the problem…

Use a joystick in port 2 to move Jacques around in the water.

Press the Run/Stop key on the keyboard to toggle the pause mode while in game.

Press the Q key on the keyboard to quit the game and return to the title screen.

Completing a level will reward you with a code which can be entered on the title screen to start at the next level next time you play.

Capture the dynamite by blowing a bubble at it or swimming into the dynamite whilst holding a bubble. Release the bubble to send it to the surface, aiming at the boat if possible, but make sure to be careful of the other fish.

Don’t hold on to the dynamite for long as the fuses can be unstable, particularly near the surface.

If all the other fish in the lake are stunned by dynamite, the game will end.

When Skeeter loses all of his energy he will abandon the boat as it sinks to the bottom. Jacques will receive an energy boost and bonus points for each fish that has been saved.

Jacques will lose energy each time he is caught in an explosion; if he loses all of his energy then the game will end.

After certain levels Skeeter will switch to his alternate hobby of throwing energy drinks into the sea. Each collected will increase your score:

Green (extra rare) = 500 points
Poison will end the bonus round.

If Jacques can collect the required number of cans within the time limit, he will receive a 100 percent energy boost. 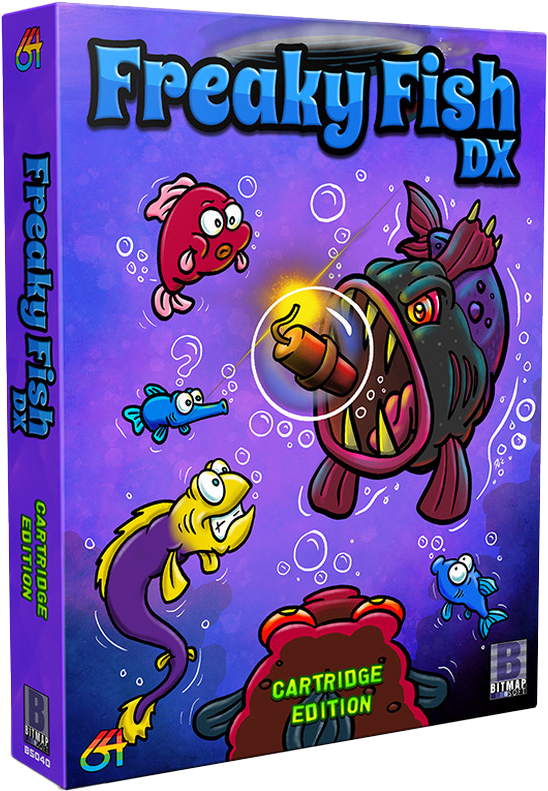 Freaky Fish DX Ultimate Edition is also available as a boxed edition from Bitmap Soft on cartridge or tape. The deluxe cartridge edition also includes a poster, badge and sticker!

Some secret codes were featured in issue 39 of FREEZE64 magazine!

Compatible with TheC64 Mini and Maxi

Richard of TND272 days ago

Thank you for the new updated version of the game. I really enjoyed the Craptastic 4K compo entry, and the full game is also great fun. I hope all goes well with the physical releases :)

Super fun game with great graphics and gameplay! Happy to see my C64 getting great new games like this.

Great game and really alot of fun to play. I especially like the high number of different fish-types, so many sprites and all look nice. Good work. By the way, FC3-users must turn off their FC3 with the KILL command in the BASIC screen, before starting the game, otherwise the graphics are destroyed, when a new highscore is reached and the game saves the score. A little incompatibility here between the game and the FC3 save-routine.

Thanks for the feedback! I was discussing FC3 compatibility with another dev today, and in the case of Freaky Fish DX the fix was fairly easy. I have added a v1.3 disk image to the downloads which should fix the problem with the FC3 fast saver.

Great! Thanks for the very fast fix. Freaky Fish is not the only from the newer released C64 games, that has this problem with the score-saver, when a FC3 is activ. The problem is caused by the fastloader of the FC3, but it can be circumvented, as can be seen.

A very nice nice game. I enjoyed it a lot ;D

Reply
Richard of TND2 years ago

I remember this game very well 2 years ago. This new deluxe version of the game is brilliant. Nice cartoon style graphics, and good concept. Pretty much original. I hope to see more new games from you in the near future. Well done :)

Thank you  very much Richard and yes, we have made a start on a new game, but it is very early days yet :) 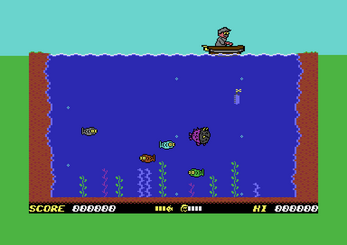 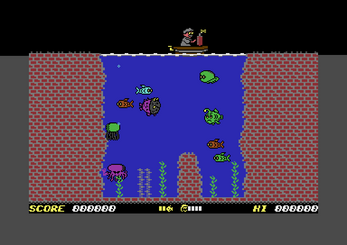 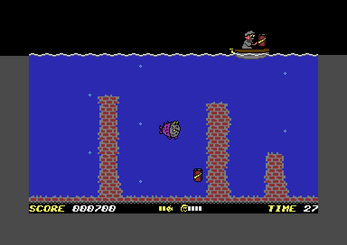 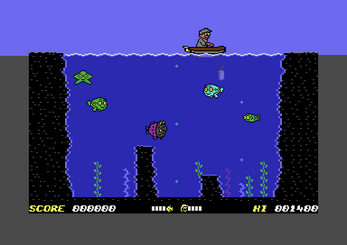 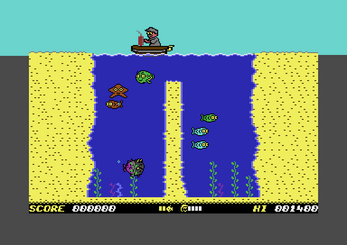 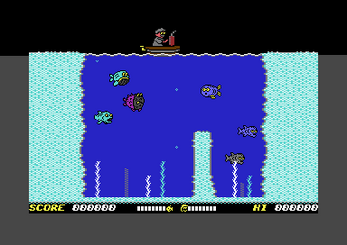